On this page, you’ll find information about the published works of Elmaz Abinader, including her most recent release: This House, My Bones (Aquarius Press/Willow Books/AUXmedia, 2014) her forthcoming work, ALMOST A LIFE  (Working title) and her featured media publications.

Look for my story Queen of Spades in Nimrod International  Journal.

My current project is a novel, Almost a Life (Working title)–you can hear about it here.

Almost a Life follows Dede, the middle daughter of three sisters, who live with their mother during the Civil War that is tearing Lebanon apart. Dede is waiting for her fiancé to send for her so they can be married and live in the US. During their time apart, she endures much of the push of the war: living in bomb shelters, relocating time and again…When Dede finally comes to the US to marry Victor, her life settles into a peaceful routine–that is when she realizes she misses the war.

Almost a Life continues the discussions my writing is having. What happens when we don’t get to determine who we are and how we live? Particularly as women. In a recently published short story, Queen of Spades, (Nimrod International Journal), Linah literally ran away from home when she got married and while she was gone, her family was torn apart by a Civil War. What she discovers is frightening and what many women discover in their disorientation is the need to understand and adapt.

My first book, a memoir, The Children of the Roojme: A Family’s Journey from Lebanon was the story of three generations of Lebanese and their various challenges in finding a home away from their country. Based on diaries, interviews, and letters, the book covers two centuries, ending in 1947.

My second publication, a poetry collection, In the Country of My Dreams…. Provides a collection of very specific dislocations—not only the family immigration but my own transition from New York to the Midwest and the shock of the open terrain of Nebraska and the intimate relationships with natural elements.

In addition to these publications, I have written and performed several one-woman plays: Country of Origin, Ramadan Moon, 32 Mohammeds, Voices from the Siege and The Torture Quartet. Each uncovers a personal perspective on the lives of Arabs in the middle of political trauma. For instance, 32 Mohammeds is an intersection with the death of Mohammed al-Durra, a boy killed in Palestine before the second Intifada; Ramadan Moon explores the mythology associated with women who are veiled and the different reasons and responses to the veil.

My new poetry collection, This House, My Bones draws parallels between the changes of the earth through natural means to the changes in our bodies during unnatural traumas and how that trauma moves through generations. (Willow Press, October 2014) 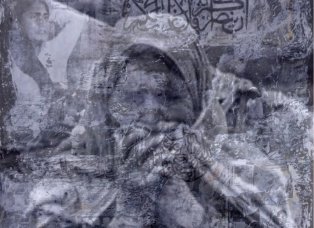 Poetry. Middle Eastern Studies. The conversation with history is witnessed by the earth and etches the collisions on its body—every rock and road, riverbed and meadow hold the marks of migrations, escapes, exiles, alienations, aging and evolutions. In THIS HOUSE, MY BONES, the body and the earth exchange their positions and perspectives. The memories of…

END_OF_DOCUMENT_TOKEN_TO_BE_REPLACED

Click here to read selected media publications by Elmaz Abinader. You can follow her on Medium, at https://medium.com/@ElmazWrites